Here we are in Quebec City preparing for the tour of the Gaspe peninsula.  Actually we are in the outskirts of Quebec City in the town of Levis.  We are at the Hotel Hospitality.  Today was for preparation.  People are still coming into town, setting up bike, etc.

This is somewhat different type of tour for us.  I don’t believe that we have done a remote start camping tour.  So we don’t have access to all of the club camping gear that is kept in Vancouver.  Some was shipped out from Vancouver, but a lot was purchased locally.  Bruce and his helpers spent most of the day provisioning and setting up the truck to our standard configuration. 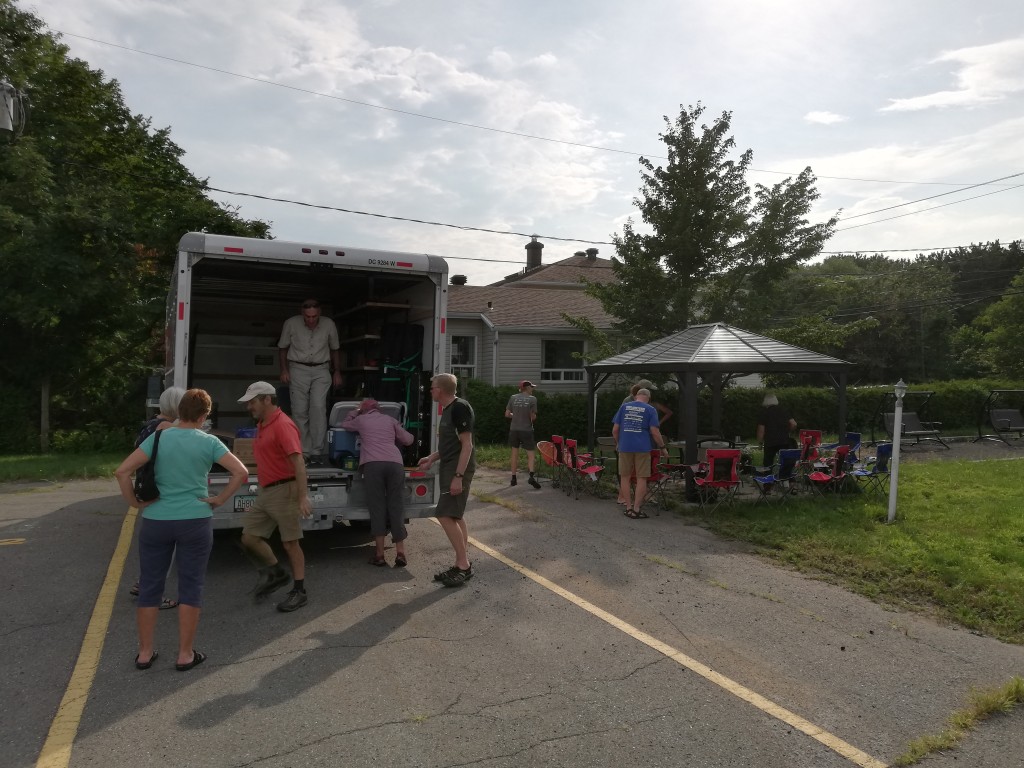 We had our usual happy hour at 5:00.   A few people were new, but most were familiar faces.  We learned that Rick had to cancel at the last minute, so we are down to 15.  Also we have 3 more that have not arrived yet.  But it looks like it is going to be a good group. 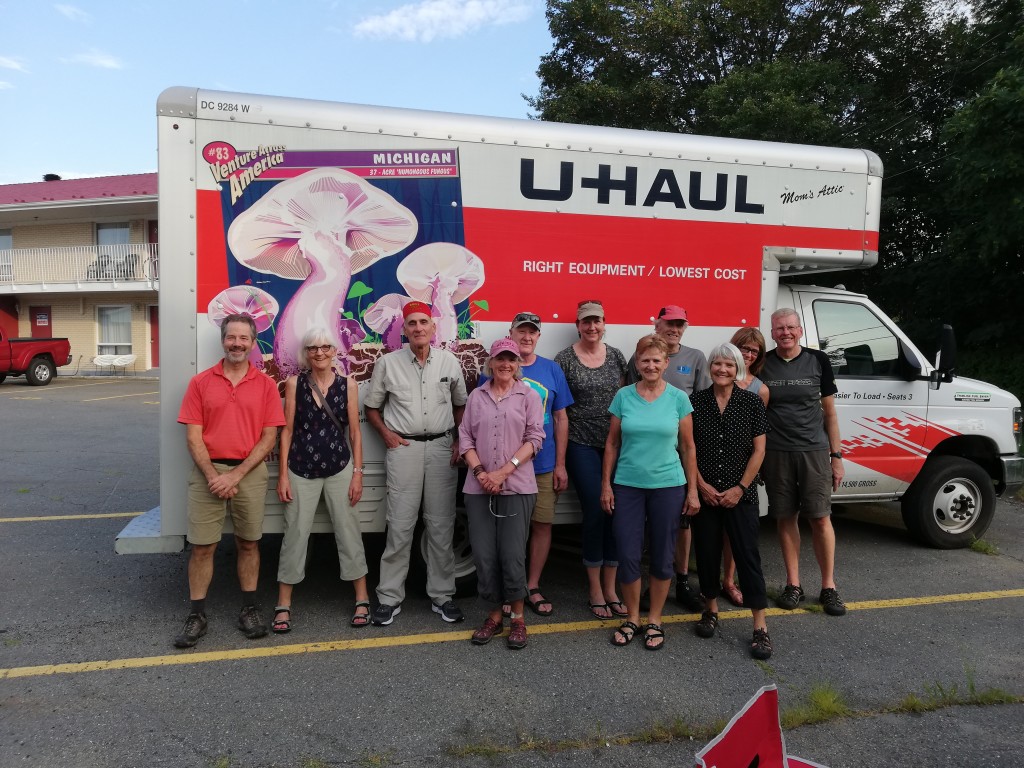