“How can we CCCTS members help to grow our Club’s Ride Leader capacity?”

An invitation to participate in a CCCTS members’ Zoom Conversation
Wednesday, November 17 at 9:30 a.m. PST.

Our Club is powered by Volunteers! Since 1983 CCCTS volunteers have organized and hosted over 370 ride events! << CTRL + Click this link to see a list. Over the years CCCTS Ride Leaders and Board members have shared high quality, safe, affordable, enjoyable cycling experiences with fellow members. Many members lead weekly Chapter rides. Where there’s laughter and friendly conversation you will find CCCTS Members lending a hand for the benefit of the group on Tours and Hub & Spokes by helping with dishes, loading trucks, making early coffee, organizing happy hours, helping with bike problems…., what a fine, active group of cyclists we belong to!

Our Club’s website lists information about Tours and H&S events (Descriptions and Trip Reports pages) dating back to about 2013. Earlier Club Ride records dating back to 1983 may be archived but are not readily available. Over the past nine years a total of 51 members, about 10% of our average total Club Membership, have hosted Tours and Hub and Spoke events. See the attached list of 2013 – 2021 Ride Leaders posted on the Club website’s Club Reports page here.

YOU are invited to participate in a Club members’ Zoom Conversation to share your thoughts and ideas on the question, “How can we CCCTS members help to grow our Club’s Ride Leader capacity?”

After registering, an email note will be sent to you with a link to the Zoom Conversation session and other details.

Results of this Zoom Conversation will be summarized in the December 2021 Newsbrief and discussed by CCCTS Board members.

Questions? Please contact Hub & Spoke Director, George Zorn: gjzorn@shaw.ca, 250-832-9335.
If you have ideas or suggestions related the question above but are not able to participate in this Zoom Conversation, please email your thoughts to gjzorn@shaw.ca Thanks!

Thank you to the founders who kept the Club rolling in the early years — they had a sincere wish to have a cycling club dedicated to “seniors” who saw cycling as an integral part of their recreational activities.  It gave them an opportunity to see their country – the initial expedition in 1983; followed by the down-under tour to Australia and new Zealand.  Then the realization that shorter tours are more readily organized and give one a great deal of satisfaction and still a personal challenge – be it B.C., or into Alberta or the Pacific NW of the U.S.  and on into Oregon and California.
As you read this story of CCCTS you may be somewhat curious as to where your touring experience will appear.  Are you going to be able to pick out the individuals with whom you recall having to camp with under rather unconventional circumstances?  Don’t spend too much time being frustrated that you may not remember the specifics of a tour because many stories were actually quite similar.
I have taken the liberty to blend the experiences so many will recognize a similar incident/occurrence and think it’s a tour during the summer of 1989 and yet others will see it as the great fall event of 2005.  Regardless of the event, they were all told in a most exciting way by the many participants who took the time to share their thoughts through the Newsbriefs.
Names of individual members have been omitted.  Why?  —  because there’s always the accidental omission of individuals who did so much for the Club. With incomplete archival materials, omission of names in Newsbriefs and Board Minutes, the difficulty to contact former members and those who have left us it was thought best to not make reference to individuals.
Thanks for the memories!

A  History of the Cross Canada Cycle Tour Society — Chapter 1

Stayed tuned for the further adventures of the originals in upcoming issues of the Newsbrief. 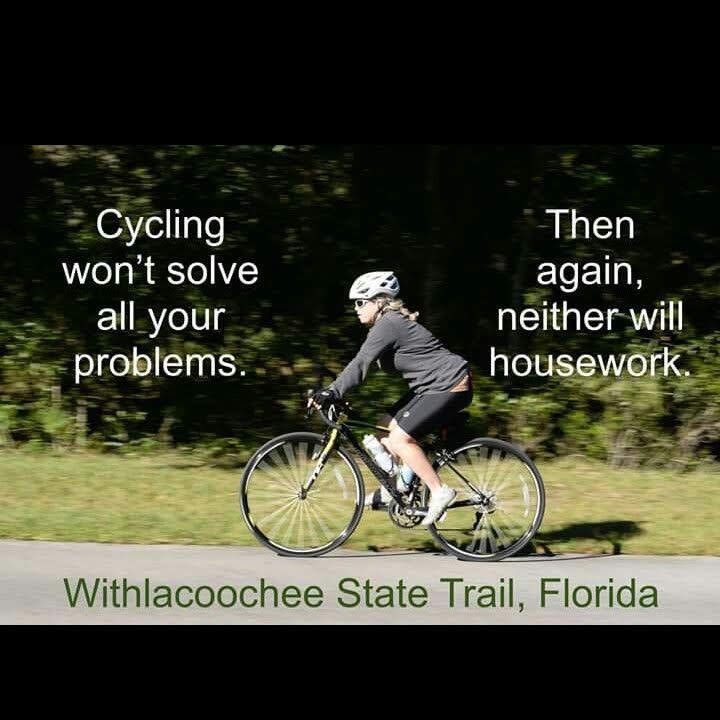 More of a slide show than a video but a very nice presentation of cycling in Slovenia…Rated the 5th best destination in the world by Conde Nast Magazine last month.

No new Tours or Hub and Spokes at this time but stay tuned.

From our Members in the Ottawa Chapter.

Forty members registered for our windup get-together at the Trolley Station at Britannia Park on the shores of the Ottawa River.

After enjoying a picnic lunch of our own making, Barbara Wilson, Chapter Rep, offered her thanks to the Chapter’s social convenor, Margo Roden, all the ride leaders, trip and hub and spoke organisers, as well as those who worked “behind the scenes” making the signup sheet available, sending out weekly emails and making sure our ridewithgps library is current.

We were fortunate to have the club’s banner on display made by and sent to us by Jenni Linnea, CCCTS Membership/Chapters contact, with thanks. To mark the “almost” end of a successful riding season, a delicious celebratory cake was served. 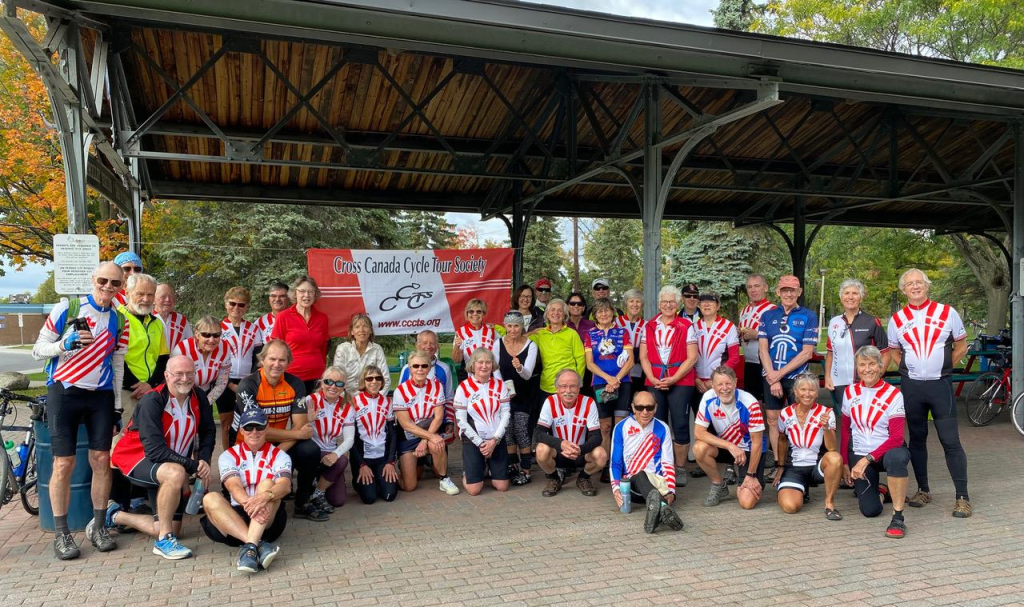 Members of the Ottawa Chapter enjoying our social get-together 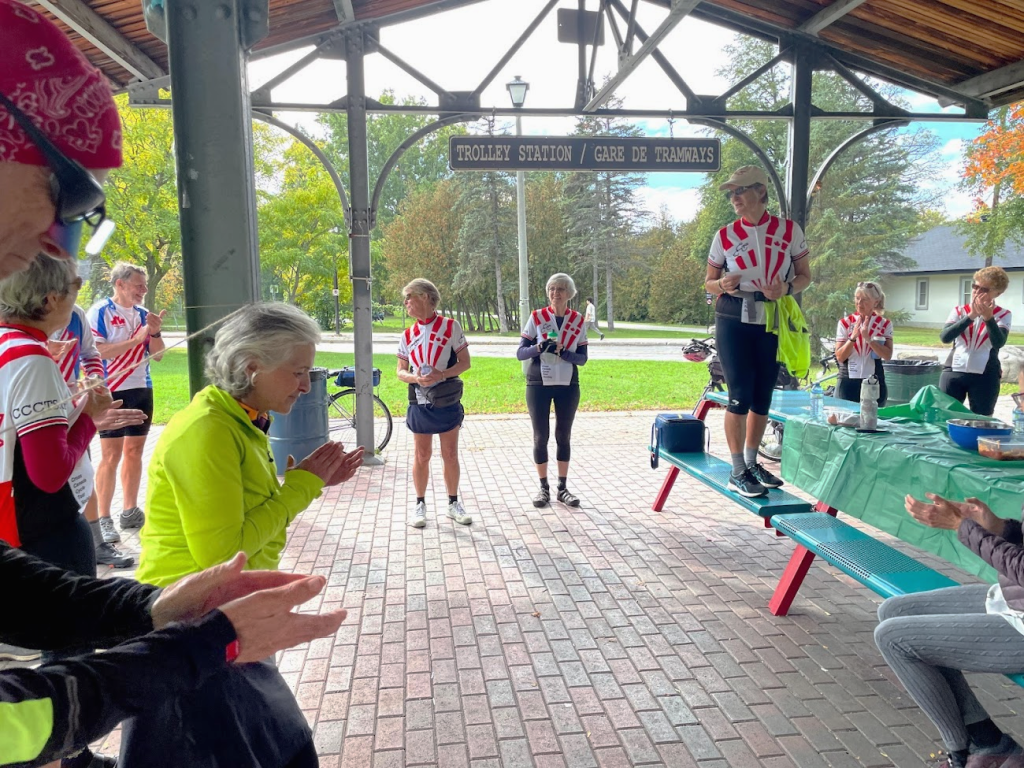 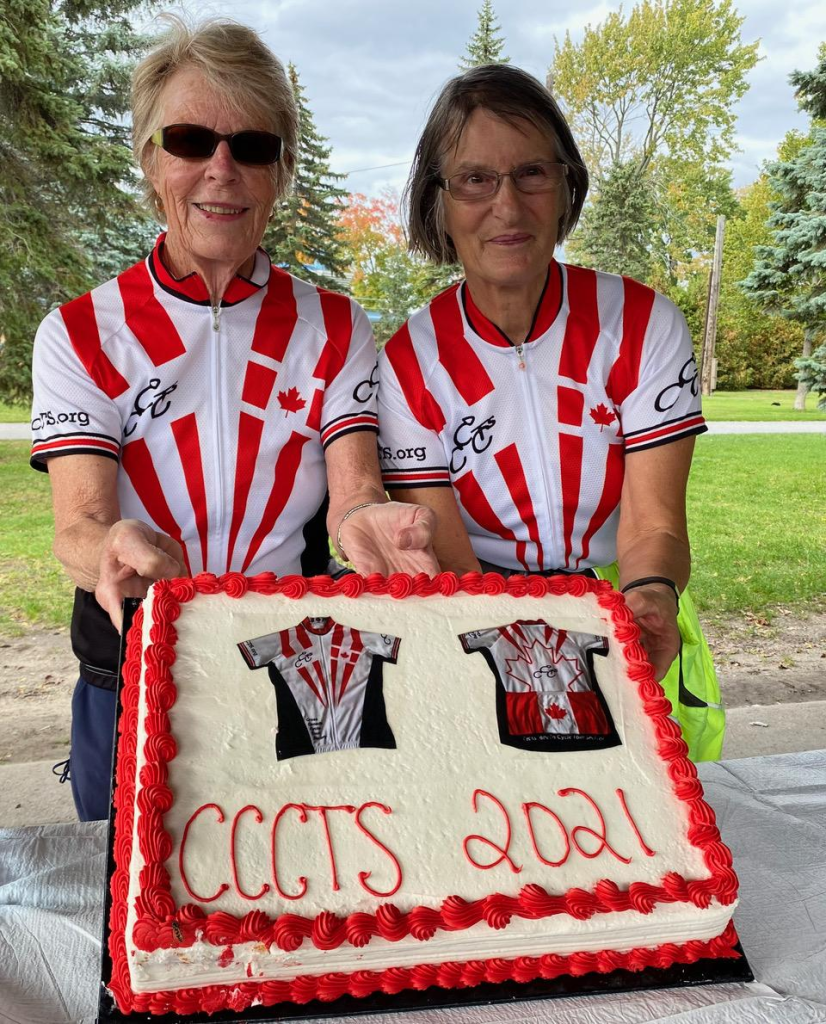 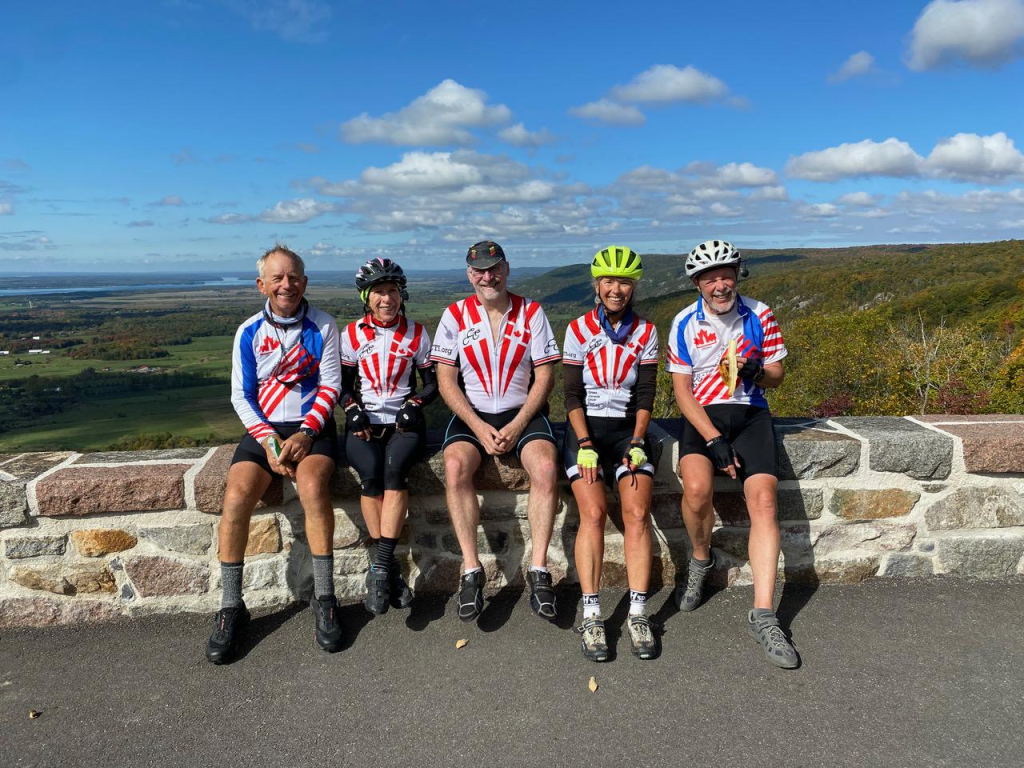 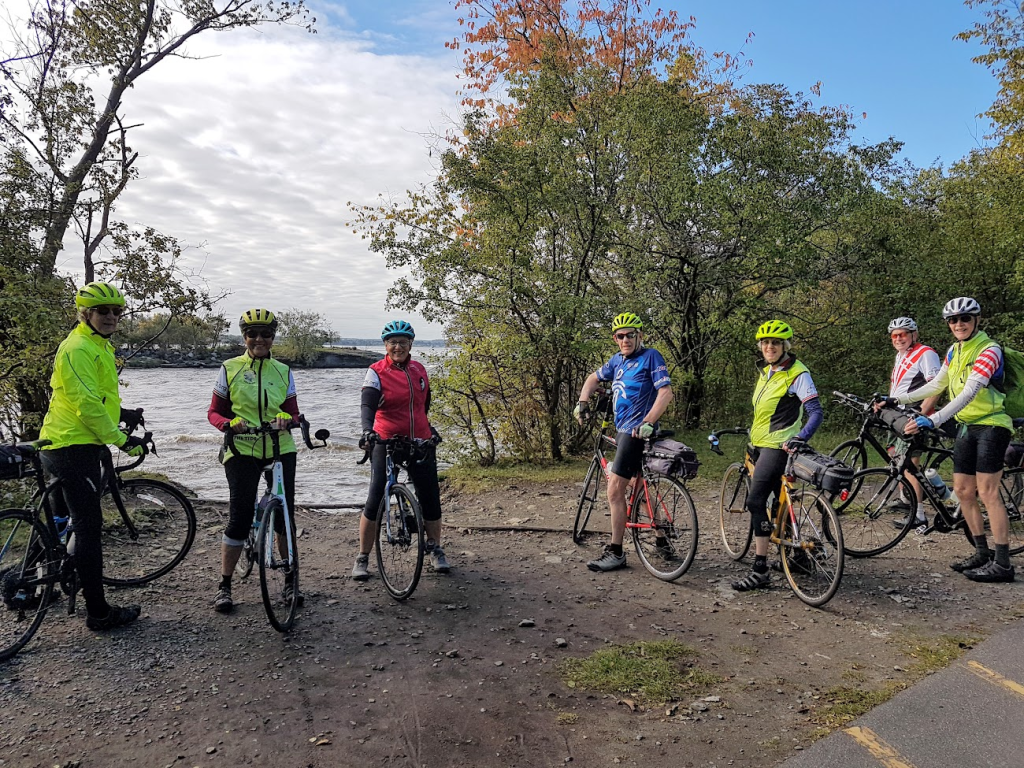