Nice 500 meter descent out of overcast Pu’er. Many groups of teenage students were walking down the road at 09:15 – a good choice for exercise, allowing some socializing before starting classes. Bernie engaged them and had some fun. There were many tree nurseries where even seemingly ancient trees had brick surrounds that were puzzling. It’s not like one could move and replant these.  The construction continues at a rapid pace – two arches of semi- completed tunnel were seen high above, then multiple enormous stanchions are rising to complete a bridge to completely eliminate descending into the valley.  Many were delighted to chat through Yang Yang with a group of four Chinese cyclists on loaded electric bikes. 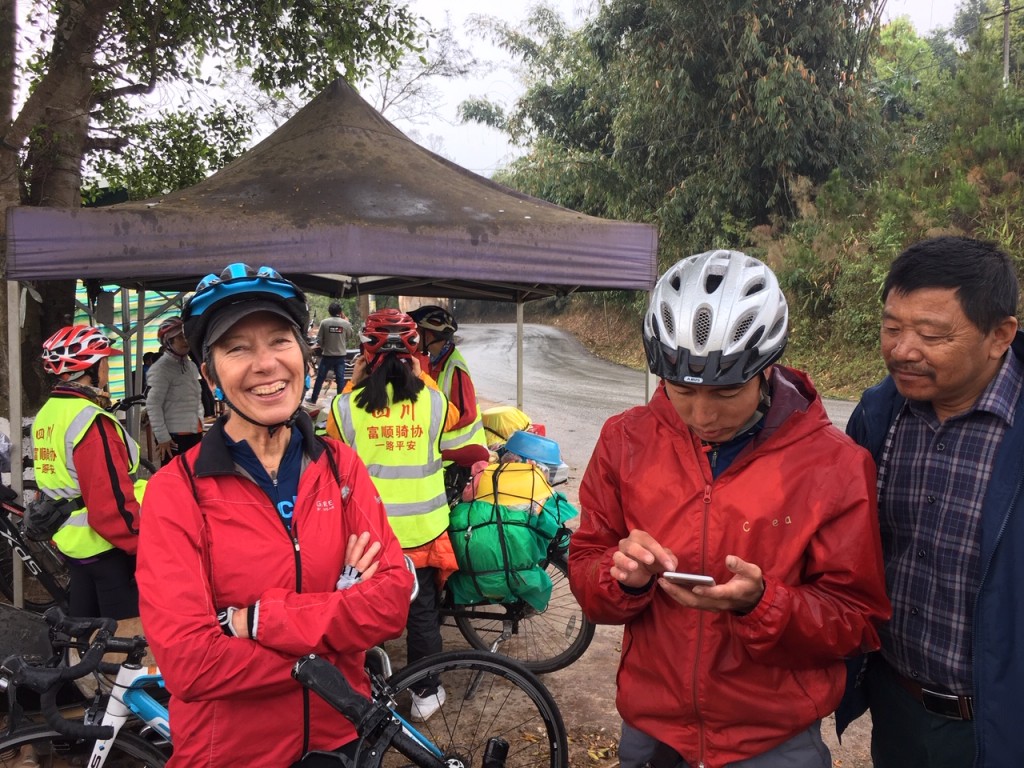 There was some directional confusion at this Y junction, the rain started and not everyone had their rain gear so the fast riders added an extra ten kms and cycled without their rain gear till they caught up to the vans.  There was a long section of road winding through mixed forest that was similar to Highway 7 on the north side of the Fraser Valley, running parallel to the four lane divided highway. Similar except for the bamboo…  Sadly, no animals were spotted except for the first dead dog on the road. Lots of birdsongs though. 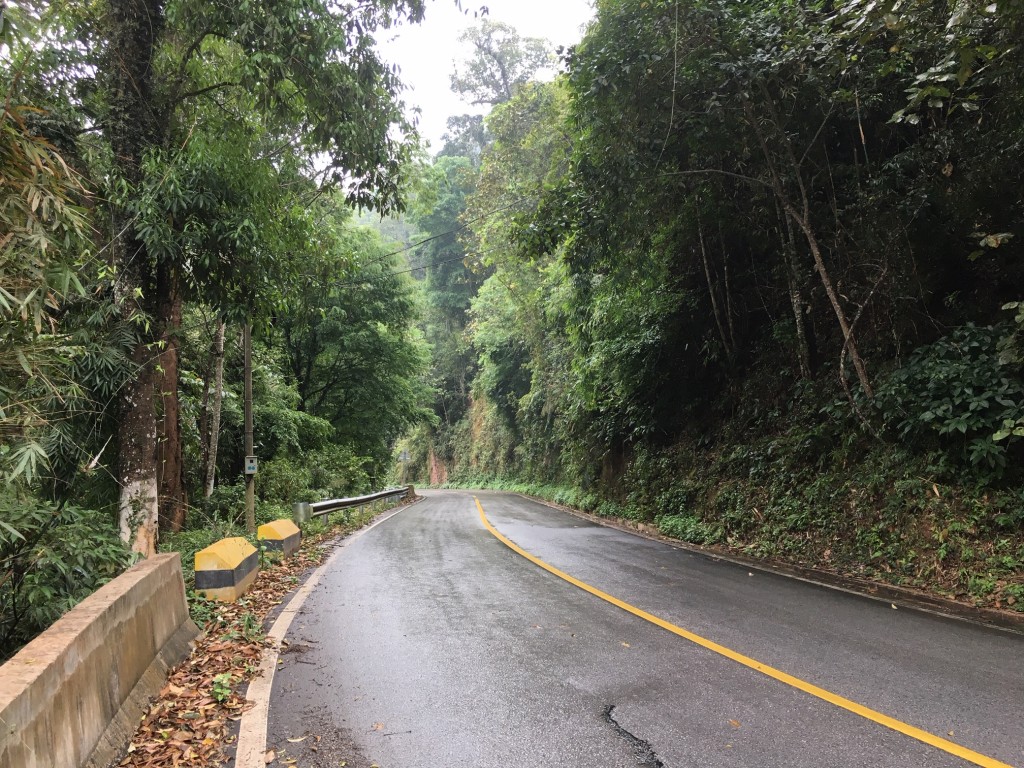 Several members took the van due to GI issues and more elected to stay dry and get warm.
The 500 km ascent was on wet road with cloud rolling in to drop the temperature to 13°. Lovely riding.  Did I mention we were riding in rain? 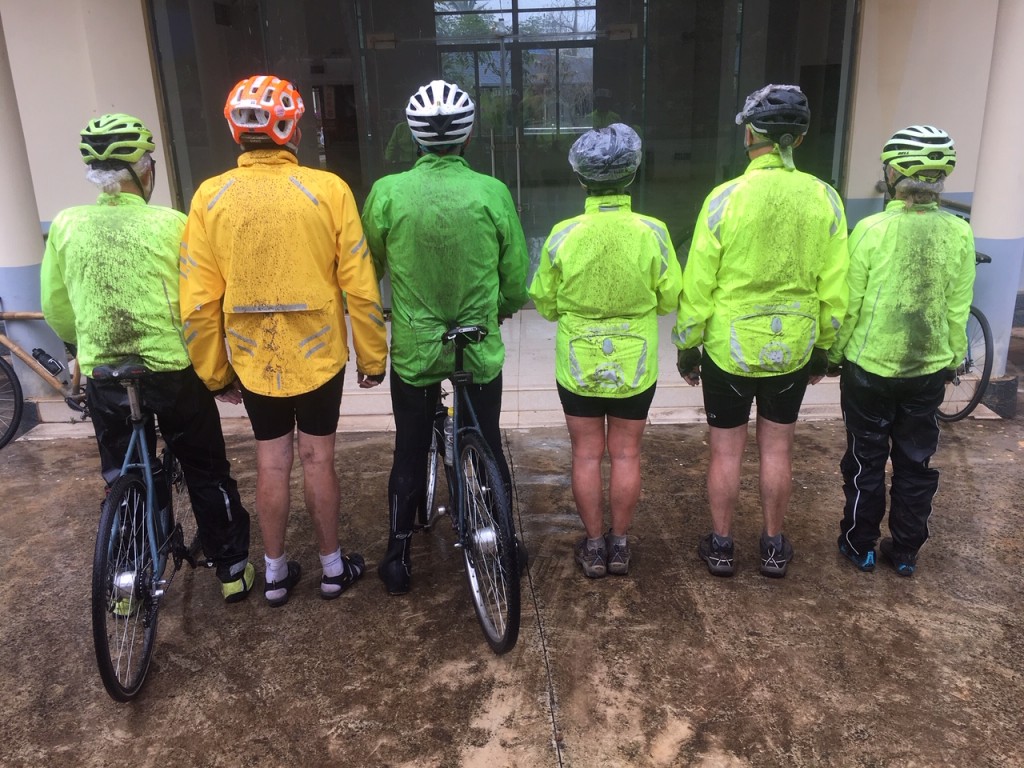 We were all happy to shower and change before gathering nearby the hotel for some egg fried rice, soup and beer. Or tea.